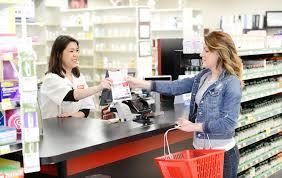 Walking into a pharmacy and buying weed used to seem like an outrageous concept. But as the future gets greener, this wild scenario seems more and more likely.

After the Food and Drug Administration’s approval of GW Pharmaceuticals’ CBD drug Epidiolex, that future may be sooner than we ever imagined. GW Pharmaceuticals, a publicly traded company, has studied the effect of Epidiolex to aid different conditions of epilepsy.

This “pharmaceutical” company’s serum comes in a strawberry-flavored syrup that uses CBD (cannabidiol) but no THC, to eliminate seizures in people with epilepsy.  The company studied the effect of its “drug” on over 500 children and adults.

The findings, according to the FDA, were positive:

The finding has case studies from actual patients who attest to Epidiolex reducing seizures.

The down side? The drug would cost one person $32,500 annually. And that, of course, does not include THC.

While CBD may work miracles on seizures, THC as medicine remains a reality–and certainly helps CBD as a catalyst.

If the price to purchase this drug outweighs one’s annual spend at a dispensary, then the future is even more unclear!